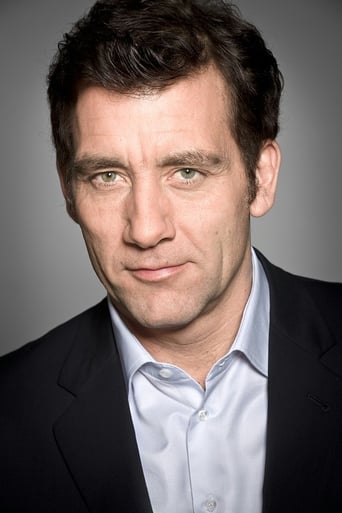 From Wikipedia, the free encyclopedia. Clive Owen (born 3 October 1964) is an English actor, who has worked on television, stage and film. He first gained recognition in the United Kingdom for portraying the lead in the ITV series Chancer from 1990 to 1991. He then garnered critical acclaim for his work in the film Close My Eyes (1991) before getting international notice for his performance as a struggling writer in Croupier (1998). In 2005, Owen won a Golden Globe and a BAFTA Award and was nominated for an Academy Award for Best Supporting Actor for his appearance in the drama Closer (2004). He has since played leading as well as supporting roles in films such as Sin City (2005), Inside Man (2006), Children of Men (2006), and The International (2009). Description above from the Wikipedia article Clive Owen, licensed under CC-BY-SA, full list of contributors on Wikipedia